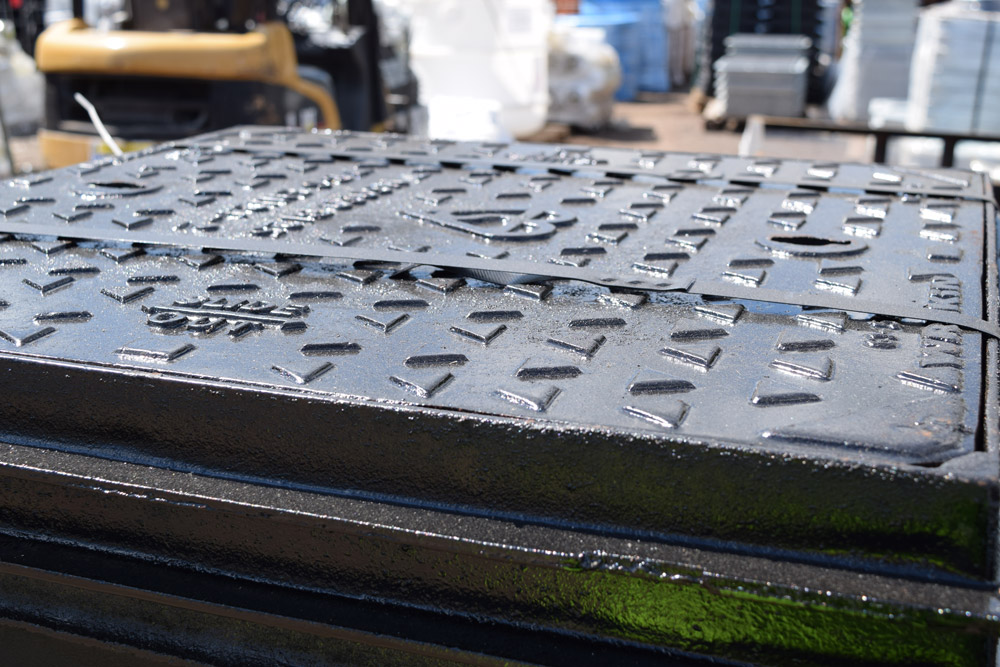 A super-quick guide to manhole covers and frames 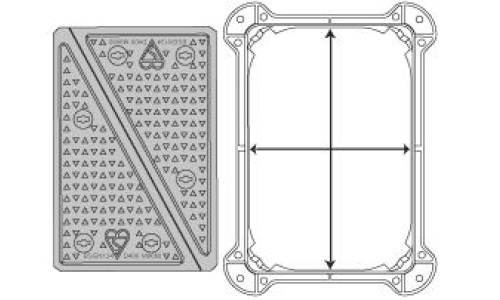 The size listed is usually the size of the clear opening of the manhole. For example, a manhole cover listed as 600 x 450mm will probably have a larger dimension including the frame. Tempting though it may be to use a cover far larger than the hole, it is best practice to source a cover that is an good size match. A manhole cover that’s too small could fall in.

Solid and reliable, ductile iron will not corrode as quickly as cast iron, nor is it as brittle. Ductile iron is stronger than cast iron too. The loading classes for ductile iron manhole covers are subject to BS EN 124:2015 regulations.

These covers have recessed areas suitable for laying block paving or a layer of screed – great for decorative finishes in driveways. The loading classes for recessed covers are rated to FACTA loading specifications.

Weight classifications for manholes are as follows:

A15 – Pedestrian and cyclist use only

C250 – slow moving cars and vans such as in car parks

D400 – Fast moving heavy traffic such as on main roads

E600 – Heavy, moving plant and plant with solid tyres such as forklifts in heavy duty areas like warehouses, docks etc.

FACTA A – Pedestrian use and up to 5kN wheel loads

FACTA B – Cars and vans up to 50kN wheel loads

(All FACTA wheel loads are for moving pneumatic-tyred vehicles. Please check before ordering that you have the correct load class.) 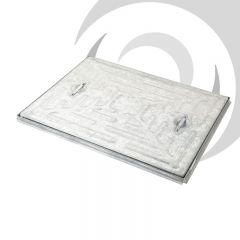 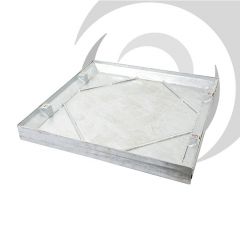 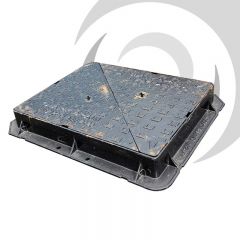 Most standard manhole covers have a single seal which is applied to the cover and frame. This seal can be sealant or neoprene strips. This type of seal is usually sufficient to create an airtight seal.

This is, in effect, a doubling of the seals above, but forms a comprehensive airtight seal, so long as that seal isn’t under any pressure. This sort of seal is best suited to internal sewage manholes.

Some covers have no airtight seals but slot into place. These are often called “plain seated”. Perfect for access to cables and utilities and where smells are not going to be an issue. These types also tend to be more cost effective.

Types of locks and badges

Need your manhole locked? As an extra security measure, you have the ability to have a locking mechanism installed into the cover. Ask at the time of ordering if you need locks for your manhole covers.

Badging your manhole can be a convenient way of telling workers what’s accessible within the manhole without the need to open it. Having “gas” or “FW” (foul water) clearly visible on a manhole can save valuable time and effort in the future. If you need your manhole covers badged, please ask at the time of ordering.