A Brief History of Drainage Pipes 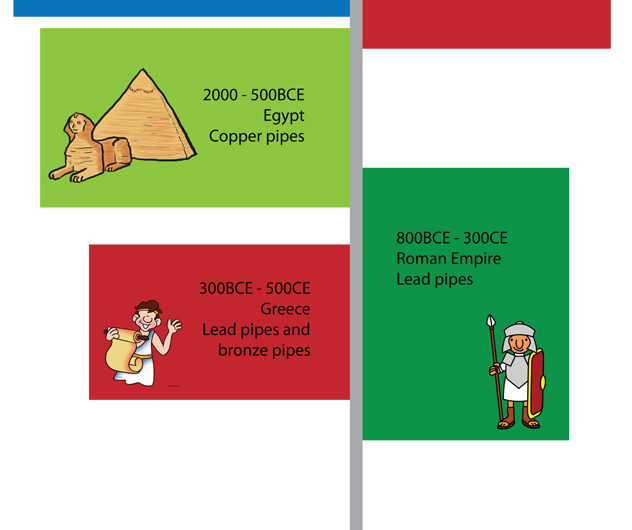 But not just drainage pipes! We’ll have a quick look at all sanitary use of pipes throughout history. 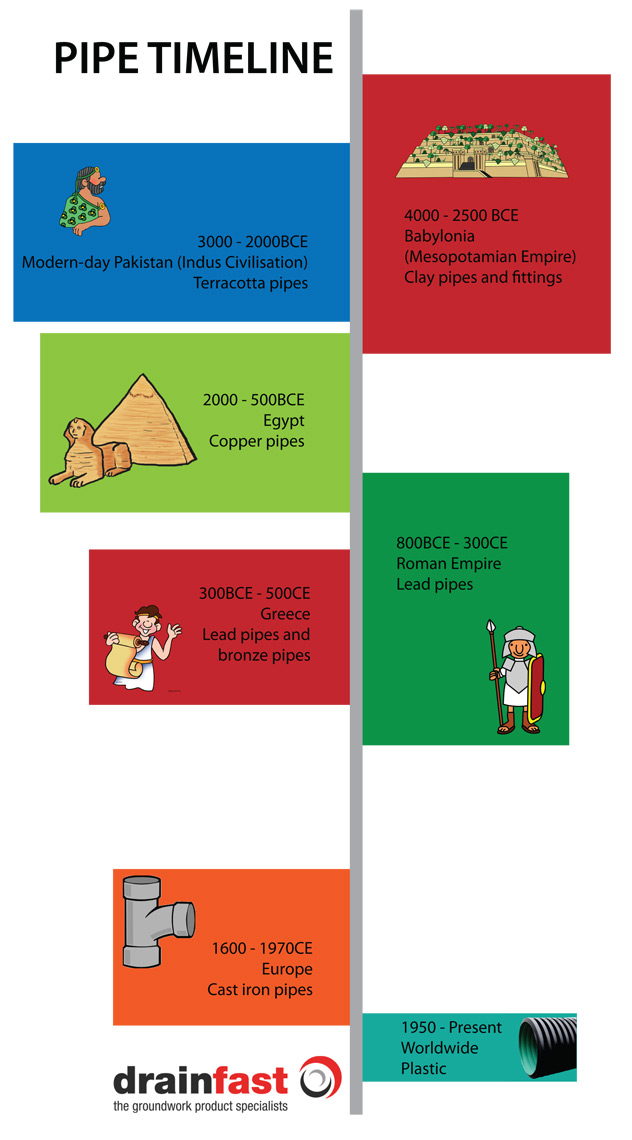 Almost definitely the first materials used to transport water and waste would have been cut from the surrounding habitat. Bamboo is still used as a sustainable form of pipe and guttering to this day.

Clay pipes were fashioned on a potter’s wheel to create a range of pipework, including junctions and bends. They were mostly used to drain rainwater away from the buildings. Babylonia also had brick drainage channels and in the city of Ur, a drain made of lead.

In similar fashion to the Babylonians, the inhabitants of the Indus Valley also created pipes from the abundance of terracotta around them.

They also had complex sewage and drainage systems that used a tidal system to flush waste out to sea. Most houses had access to water and toilets that had flushing water.

Of course, the Romans are well known for their sewage and irrigation systems. Did you know they even had a Goddess of the Sewers called Cloacina?

They also favoured lead pipes to bring fresh water into their homes from the nearest spring. This has lead to conjecture on the effects of lead poisoning and the eventual fall of the Roman Empire.

In addition to using clay throughout early history, the early Greeks were also pioneers in the use of metals, including lead and bronze, to make pipes.

It seems that sanitation, drainage and piped fresh water fell out of favour during the dark ages. Instead, cesspits and open channels were used.

The invention of cast iron revolutionised all forms of drain pipes, from sewage removal to fresh water intake, cast iron became commonplace in every European home.

The Victorians experienced a major problem with the sewage of London. You can read more about how Joseph Bazalgette helped revolutionise the health of Victorian Londoners here.

The invention of plastic changed the way we move water and sewage once again. It was then also used for gas, chemicals, and conduits for electrical and data cables.

Drainfast stock a wide range of plastic drainage, ducting and service pipes. You can view our stock here.